Comikey Media Inc., a USA-based localization company is slated to start publishing nine new series over the next couple of months to their online comic reading platform, Comikey. On July 17th, Comikey will add “Cursed Sword” and “Promise Cinderella” to its collection of manga from Mangaone. The rest of the new comic additions are from four new publishers Comikey recently partnered with: Coamix, Compass, Manhuatai.com, and Shinchosha.

In August, Comikey will start releasing “Girl Crush” from Shinchosha. “Girl Crush” is a K-pop themed manga about the friendship between two highschool girls—Tenka Momose and Erian Satou—and their fun and heartwarming journey to become K-pop idols. Other series with August launches on Comikey will be “Beneath the Mask” from Compass and four series from Manhuatai.com: “Adorable Spoiled Little Princess”, “My Prince Charming and his Daughter”, “Vengeful Young Master's Sweetheart”, and “The Unbridled Genius Medic”.

“Record of Ragnarok” from Coamix will have its Comikey premiere in October.

Summary: A fantasy world filled with magic, and inhabited by fantastic races, just like any other... Or so it used to be. The dawning of the technological era has brought forth computers, phones, tablets, and even the Internet. Fantasia has become ever changed... That is, until a pair of siblings stumbled upon and mysterious sword...

Summary: Full-time housewife Hayame lives a simple and peaceful life. But when her husband suddenly asks for a divorce and her purse is stolen, she is forced to live on the streets without a penny to her name. In the midst of all this hardship, a rich and mean-spirited high school boy named Issei steps into her life. Her encounter with this guy soon turns her "peaceful" world upside down...

Summary: Tenka Momose can sing and dance... she's pretty and smart to boot! She's good at everything but love. One day she meets Erian Satou, pulled in by her passionate dedication to becoming an idol. This is the story about two young girls chasing after their K-Pop idol dream!!

My Prince Charming and his Daughter

By: Dong Man She
Publisher: Manhuatai.com
Released on Comikey: August 2021

Summary: Katya has always hid her face under a mask during her days at the academy. Now, right in the middle of the graduation party, her financé the First Prince calls off their engagement, accusing her of being as mean-hearted as her ugly appearance. But he should've thought twice, because after all, who ever said beneath the mask was an ugly face?

Summary: The story begins when the gods call a conference to decide whether to let humanity live or die, and settle on destroying humanity. But a lone valkyrie puts forward a suggestion to let the gods and humanity fight one last battle, as a last hope for humanity's continued survival. 13 gods will fight against 13 human champions in one-on-one battles to decide whether humanity lives or dies.

Comikey is an up-and-coming digital publishing and localization house specializing in manga, manhua, and manhwa. It’s staffed by a global network of friends and coworkers with a mission to share the kinds of serialized stories that we love to speakers of English, Spanish, Portuguese, and other languages. Comikey strives to make comics more accessible linguistically, geographically, and financially to readers everywhere. With a seasoned in-house editing team and a bespoke reading platform, Comikey Media is truly built by fans, for fans. 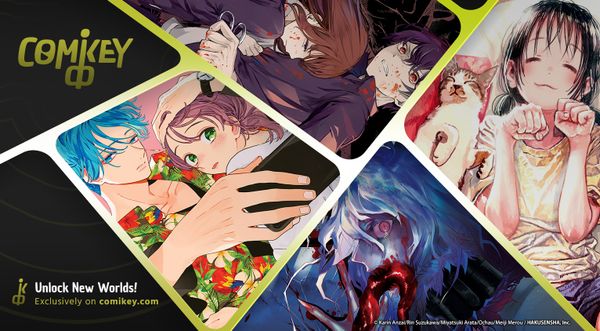 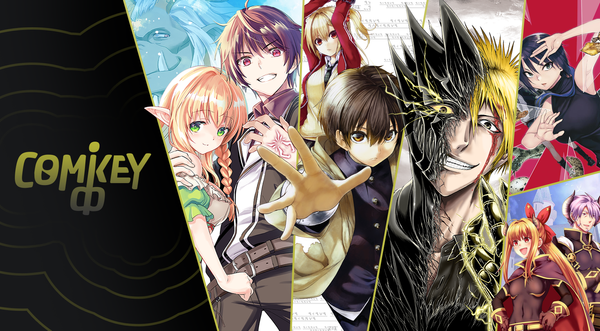