Portland, Oregon (22nd August, 2022) — Comikey is pleased to announce a brand new partnership with ABLAZE Comics. This partnership has allowed Comikey to release five new comics on the Company’s platform. They are “Cagaster,” “Trese,” “The Idhun Chronicles,” “Virtual Hero,” and “Gung-Ho: Anger.”

It's the end of the 21st century, and a strange plague called "Cagaster" has appeared. One-in-a-thousand people are infected—turning humans into monstrous cannibalistic insects. Two-thirds of humanity is decimated. 30 years later, young expert bug exterminator and mercenary, Kidou, and newfound friend, Ilie, struggle to survive in this brutal new world, all while delving into the mysteries of the plague and its origins.

“When crime takes a turn for the weird, the police call Alexandra Trese.”

When the sun sets in the city of Manila, don’t you dare make a wrong turn. Otherwise, you'll end up in that dimly-lit side of the metro, where blood-sucking aswang run the most-wanted kidnapping rings; where gigantic kapre are the kingpins of crime; and magical engkantos slip through the cracks and steal your most precious possessions.

Jack, a teenager from Earth, is racing to get back home. After all, he's just had a dire premonition that something is wrong. Little does he know that once he gets there, his life will change forever.

There, he finds his parents have been killed, and gets transported to a magical world by two mysterious strangers. Together with Victoria, a girl he's just met, he starts a battle of unexpected proportions. As their fate becomes inexorably linked to the Resistance—a small group of revolutionaries—he wonders: will he be able to restore the peace he'd once lost AND stay alive?

“Imagine being trapped in a video game universe! Your fate is in the hands of a villain! Become the virtual hero!”

Rubius, a well-known gamer, and YouTuber, is one of 100 players selected to try a new experimental virtual-reality device, the ORV. Directly connected to the brain's neuronal network, the ORV thrusts one into a vast virtual universe of video games called the Gamers Worlds and in which everything seems just as real as life itself. Something goes wrong and Rubius finds himself a virtual hero, trapped, he must fight to free himself, rescue the girl of his dreams and overcome the enigmatic evil troll mask that holds their fate and that of the Gamers Worlds in his hands! An adventure full of unexpected turns, betrayal, friendship, video game worlds of all kinds, and, last but not least, love!

“Back at Fort Apache, confusion reigns, and tensions are at an all-time high, as the adults look to safeguard the young and keep the colony intact. But with a "white wave" approaching, is it already too late?”

Archer has been banished from the colony, and falsely condemned for the rape of Celine. But Zack doesn't believe in his brother's guilt, so an expedition is launched into the danger zone. Unbeknownst to the rest of the community, the teens look for Archer...if he is still alive. The journey will not be without risks though, nor without unpleasant surprises...

These four new titles are now available to read on the Company’s website, plus the Android and iOS mobile app, where readers get to read six free chapters of their series of choice, every day.

Founded in 2020, Comikey Media Inc. is a free website and app for reading all of your favorite Manga, Manhua, Manhwa, and Webtoons in English. From action and romance to isekai, discover new free stories to binge every day! Read simulpub chapters of officially licensed comics, plus support creators and publishers by reading your favorite series on Comikey. 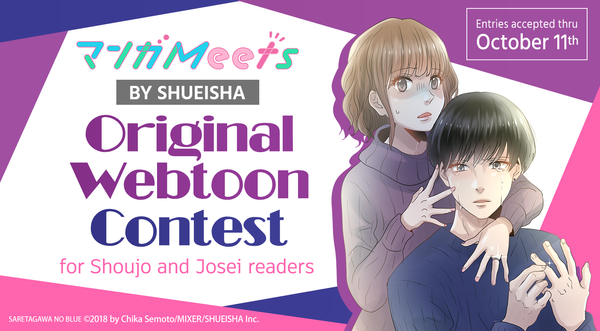 Comikey will publish the winning contestant’s manga for English audiences. 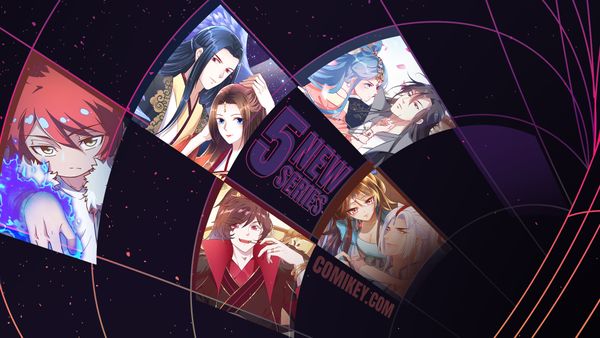 Comikey is pleased to announce the launch of five new series’ from Chinese-based publisher, Kanman.