The titles are as follows:

These twelve series’ are the first Osamu Tezuka series available on the Comikey website. Readers can also catch the manga on the Company’s iOS and Android mobile app.

Summary: The cries of war come soon from France, while a young boy destined for greatness simply cries in pain from a fateful blow to his head in Bonn, Germany. Ludwig van Beethoven will grow to become one of the most influential composers in a few short years, but in his early days, he was just a commoner trying to survive in a world that had yet to discover his brilliance. At this age, he wasn’t a renowned composer: he was a young man simply named “Ludwig,” which inspired hatred and fear in a certain nobleman, Franz Kreuzstein. But why does Franz have it out for all named “Ludwig,” and how will Beethoven survive this personal war he is deaf to?

Summary: Amidst the chaos of World War II, two Japanese soldiers hear of Zephyrus, an utterly captivating woman rumored to exist on an island in the South Pacific. The tales of this bold enchantress seducing men to their dooms are both chilling and fascinating. Over twenty years pass and Zephyrus resurfaces in Japan, seemingly unchanged, to wield her mysterious power over men once more.

The one man immune to Zephyrus’ charms is a simple drunkard, Gohonmatsu Seki, son of one of the wartime soldiers. Employed to spy on Zephyrus, what will Gohonmatsu uncover about her ultimate plot to create international discord and consume the world of men?

What brought this woman to conspire for decades against patriarchal society—against an entire gender—and can anything be done to stop her plans?

Summary: An injured white supremacist struggles with the fact that he was brought back to life by a black organ donor; a young man in the wild west seeks revenge for his father’s murder; an escaped convict holds a family hostage in a cave that causes hallucinations; the only two survivors of a nuclear apocalypse dare to explore the outside world—Tezuka’s characters are put to the test when the delicate balance of their minds are disrupted, discovering something dark hidden deep within themselves. Don’t miss this uncommon, unheard, unusual, out-of-the-ordinary collection of short stories by the late, great Osamu Tezuka.

1) When a Nazi lieutenant is sentenced to death for war crimes, he expects to escape with his life, but hubris is his downfall.

2) A female android marries for love but is soon lost, and she must deal with the consequences.

3) After a married man finds out his city is being experimented on, he tries to save the people while struggling with adulterous thoughts.

4) On a dark and lonely road, a cabby picks up a shady man who threatens him, but little does his passenger know the cabby is not as he seems.

5) An educated man falls in love with an elusive woman who has a life-altering secret.

8) An interstellar peace conference does not yield the hoped-for results when space hippies defy peace conventions.

These eerie stories will leave one wandering the depths of despair and hope against all odds.

Summary: When Dan Takuya’s sister marries into the mob, he is also thrown into the dark underworld of organized crime. Breaking the family’s code of silence, Dan is brutally tortured, arms severed, and left for dead as punishment. He somehow manages to survive, and with the help of an eccentric doctor, he makes his journey to recovery. But there is a catch! He must tap into his psychic powers to move his new limbs: metal prosthetic arms. Through the use of mind over matter, he trains to make use of his new arms and vows revenge on those who did him wrong. Two short stories are also included.

Summary: Life and death, twists and turns, Tezuka Osamu combines classic heart with the depth and mystery of The Twilight Zone in this beautiful, startling collection. The Crater is a series of horror-inspired, self-containing short stories that show the depravity of mankind in a way only the “god of manga” can. Tales range from the world of nymphs and interdimensional adventures to deadly spiders on planes and depictions of apocalyptic futures. While some stories loosely connect, each story is its own carefully laid experience. Tezuka will chill readers with dark visages of the world counterpointed with his amazing art style that has influenced fans for decades.

Summary: Hidden within the rural countryside lies the mysterious treasure of the ancient Ainu people. A few people know of it and hold the keys to unlocking it, but only Kotan, a child of Ainu descent, is the chosen one who can locate and inherit the treasure. When Kotan suddenly befriends a man-eating tiger named Dan, the unexpected pair find themselves tangled up in the most epic and dangerous treasure hunt of their lives. Their strength is tested as they battle criminals, murderers, and other unsavory characters who seek the treasure for themselves—but their friendship is tested when a crow warns Dan that Kotan will be the one to end his life. Can brave Dan and his best friend Kotan survive the trials that await them?

Summary: On the eve of the Russian revolution, a young student named Raskolnikov murders an old pawnbroker over a pocket watch. Although an innocent man is quickly arrested for the crime, Raskolnikov's own published essay—suggesting that people who are "extra-ordinary" are above such things as "right" and "wrong"—draws the suspicion o

Summary: From the creator of Astro Boy and Blackjack comes an epic sci-fi western on Mars starring Captain Ken and his trusty steed, Arrow. Captain Ken is an enigma. Not a single person alive knows who he is, why he’s on Mars, or why he looks just like Miss Kenn Minakami. His presence sparks a revolution—while the Martians seek to reclaim the lands stolen from them, human townsfolk aim to rid themselves of the corrupt Mayor Deven. Amidst the whirlwind gunfights and horseback chases, Captain Ken must go on his greatest adventure yet to save a woman of great importance in the middle of a Martian revolution.

Summary: A shocking display of racism ends athletic superstar James Block’s life when the woman he thought he loved admits she only dated him because of his celebrity status—she would never marry someone of his race. His rage and temper lands him in jail where he meets the mysterious “Dr. F,” a man whose invisibility ray gun killed his daughter and led to the continued diminishing visibility of his granddaughter, Ami. Once freed from jail, James tracks down the gun and turns it on himself, but stops right before he’s fatally wounded. James can no longer be discriminated against due to his skin color for he has none! He takes the nom de guerre “Alabaster” and his translucent tyranny begins with two goals: exact his revenge on his ex-girlfriend, and take on the similarly invisible Ami as his own ward.

Written in a dark period of Tezuka’s life, Alabaster is a thrilling revenge story that touches on the dark side of humanity and the extent one would go to get even. It shows that not only does it affect the victims, but how destructive it is to be surrounded by such animosity. How far will you go for retribution?

Summary: Wandering the packed tunnels of Shinjuku Station, famous author Yosuke Mikura makes a strange discovery: a ragged hippie who can quote French poetry. Her name is Barbara. He takes her home for a bath and a drink, and before long Barbara has made herself into Mikura’s shadow, saving him from egotistical delusions and jealous enemies.

But just as Mikura is no saint, Barbara is no guardian angel, and Mikura grows obsessed with discovering her secrets—tangling with thugs, sadists, magical curses, and mythical beings—all the while wondering whether he himself is still sane.

Written in 1973 and 1974 and inspired by the classic opera Tales of Hoffman by Jacques Offenbach, Barbara may be Tezuka’s most psychological and unsettling work, shattering the fine line between art and madness with masterful precision.

Record of the Glass Castle

Summary: In the Glass Mansion, a family has been frozen in cryosleep for 20 years under the orders of their patriarch. When the oldest son Ichirou awakes, he struggles to accept the reality that he has slept away 20 years of his life. Ichirou plans to exact revenge on those in his family that stole his life from him. As Shirou—the youngest brother—attempts to stop Ichirou, he becomes aware of the dangerous side effect of cryosleep that led to its national ban years ago. How far will Ichirou fall, and will Shirou be able to stop him? 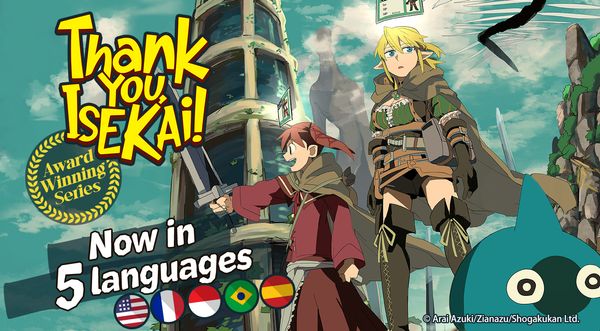 We’re pleased to announce that “Thank You, Isekai!”, an award-winning manga by Arai Azuki and Zianazu, will now be translated and eventually simulpubbed in Spanish, French, Brazilian Portuguese, and 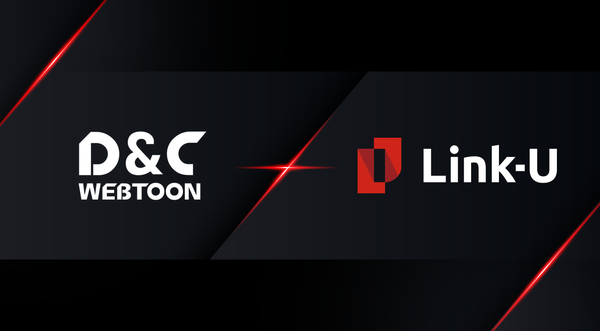 Tokyo, Japan (September 1st, 2022) — Comikey is pleased to announce that Link-U, Inc., Comikey’s partner in Japan, has launched its own webtoon studio, Studio Moon 6. This comes on